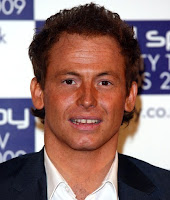 Swash's bankrupt status was made official at the court yesterday. The Official Receiver will now take charge of his assets for the time being.

Last night, the star's agent Becca Barr described the development as a mix-up which would soon be resolved.

She commented: "Joe has not been around to sort this out. The bankruptcy should never have gone through. He's not in financial difficulty - he's fine. There was a tax issue which will be resolved imminently. Everyone has to pay tax and Joe knows he is no exception."

Meanwhile, a source said: "The bankruptcy is purely down to tax debts - there are no other creditors listed on the petition."

Swash was axed from his role as Walford's Mickey Miller last year. He then went on to star in and triumph on ITV1's I'm A Celebrity... Get Me Out Of Here!.