EastEnders Janine Butcher reveals her kinky side in a fortnight's time when she strips down to her saucy underwear for her flatmate and on-off love interest Ryan Malloy.

Frustrated and somewhat jealous by Janine's game of 'pull a pensioner' in her quest to screw Archie out of The Vic, Ryan questions why she's pursuing him more than she need. Janine, however, assures Ryan that she's in it for the long haul - she's after more than a quick fumble.

Later that day in The Vic's barrel store, Janine lets Ryan know that she wants to be more than just friends with him, before undoing her coat and revealing her skimpy negligee. With that, Ryan grabs her and the pair passionately kiss. 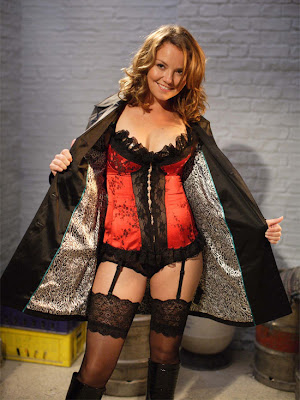 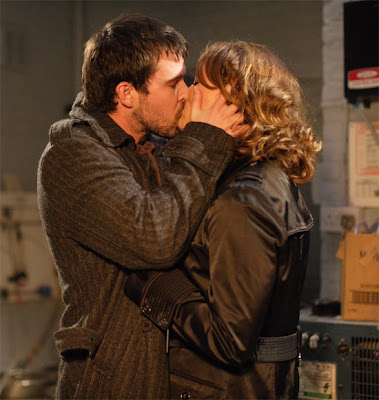