Kirkwood to "sex up" EastEnders? 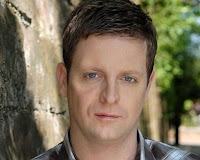 According to today's Daily Star, the former Hollyoaks producer - who replaces Diederick Santer as executive producer on February 20, is planning to poach a number of the sexier stars from the Channel 4 serial to 'inject young blood' into the BBC's flagship soap.

A Walford source this afternoon told DS: "Diederick's still very much at the helm of the Walford ship until February, so any speculation about Bryan's plans or vision for EastEnders is just that.

"EastEnders and Hollyoaks are two very different shows, with different tones and audiences, so Bryan will undoubtedly explore different avenues to ensure he puts his mark on the show when he takes over."

They added: "Until then, everyone here is wanting to concentrate on the 25th anniversary to make that an extra-special occasion and send Diederick out with a bang."

Earlier this month, it was confirmed that Santer will vacate the executive producer's office after the show's live anniversary episode, which is due to air on Friday, February 19.

Only a week prior, the BBC revealed that Barbara Windsor (Peggy Mitchell) will bow out of the soap next year.

At the end of last week, Charlie Clements (Bradley Branning) announced his decision to quit and move on to pastures new. Josie Lawrence (Manda Best) will also finish filming next month and leave screens in the spring.