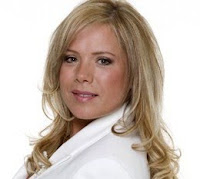 Former EastEnders star Letitia Dean has admitted that she would not rule out a future return to the soap.

The 41-year-old actress, who played Sharon Rickman, was last seen on screen in early 2006 when her character fled Walford in fear of gangster Johnny Allen.

Speaking to News Shopper, Dean revealed: "I still pretty much get recognised wherever I go because of EastEnders. You are in people's living rooms three times a week or even more now.

"I don't watch it all the time, now and again, but it has been so long since I was in it. I did miss it at first, but I have been back a few times and I don't think I have been killed off, I think Sharon is in Texas.

"As for going back, it has been such a while now and I always say that awful cliché, never say never. We will just see what happens."

In 2007, a magazine poll found that Sharon was the character that soap fans most wanted to see again.