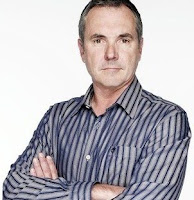 Neighbours actor Alan Fletcher has named EastEnders as the UK soap he would most like to star in.

The 52-year-old, who plays Ramsay Street legend Karl Kennedy, confirmed that he would consider following in the footsteps of Anne Charleston by making the move from Erinsborough to British serial drama if his current role ever ends.

Fletcher told Holy Soap: "I wouldn't mind at all. There are some terrific shows. Anne Charleston did Emmerdale for a while and she loved that experience."

Asked which soap he would pick, the Australian star replied: "Probably EastEnders. I'd like to be in EastEnders if I could play a cockney. I'd have to try and pull off a genuine East London accent."

Fletcher also revealed that he feels "an enormous connection with the English TV and theatre world" and would like to spend more time in the UK if he ever leaves Neighbours.

Charleston, who played Madge Bishop on Neighbours, appeared as Lily Butterfield in Emmerdale on and off from November 2006 to August this year.