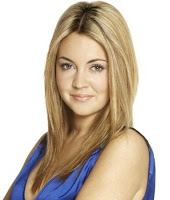 EastEnders star Lacey Turner has admitted that she is feeling nervous over the soap's forthcoming live episode.

The 21-year-old actress told PA that she has not yet received official confirmation on whether her character Stacey Branning will appear in the special instalment.

Producers of the Walford drama recently announced that the live outing is being scheduled for February 19 to mark the programme's 25th anniversary.

Speaking about whether she will be involved, Turner commented: "I hope not, but I think I will be!"

She continued: "I'm not very good at doing things live. I'm awful, in fact. I can't even do a speech, but hopefully it will go all right."

The live episode has been tipped to feature the conclusion of a future murder mystery plot.

In September, Turner went home with the 'Best Actress' prize at the Inside Soap Awards for the fourth year in a row.