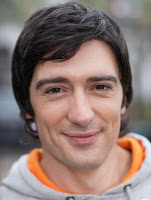 EastEnders actor Adam Croasdell has taken on the role of James Bond for the latest 007 video game.

The soap star, who plays Walford's Dr Al Jenkins, revealed that he was thrilled to be offered the part because he is keen to keep his career varied.

In an interview with BBC Asian Network, Crosdell confirmed: "Oddly enough I have just played James Bond in the new James Bond video game - how weird is that? I don't know what the future holds, but I'm always into varying up what comes my way, trying new things."

He continued: "I think video games and the making of that type of technology, being in a funny one-piece suit and being shot with 60 cameras, I think that's sort of the future.

"Andy Serkis did it in The Hobbit, and there's a new film Avatar which is James Cameron - it's all that sort of motion capture. I think it's the future, so I was fascinated to see how that would happen.

"I think in our lifetime it is going to swing very much into the realms of computerised environments and who knows, maybe there will be more of that."

Activision announced plans for the new Bond game in August. It is expected to be released next year.