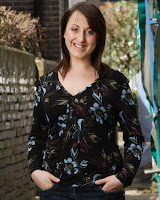 Natalie Cassidy has revealed that she has never seen the EastEnders episode in which Jamie Mitchell passed away, following a car crash.

The 26-year-old, who filmed the emotional scenes as Sonia Fowler a week after her mother's death, admitted that watching it would be too "painful".

"I've never watched it and never will because I know what I was going through, and it's too painful," she told Reveal.

"I was completely numb, and I wasn't really old enough to cope with the emotions, so I went straight back to work. Within a week, I was filming the scene where Jamie (played by Jack Ryder) died in the car crash," she added.

Natalie, fresh off her appearance on Strictly Come Dancing, said that she confronted her grief when EastEnders co-star Wendy Richards - who she described as a mother figure - died from cancer.

"It was so unexpected. I honestly never thought for a moment that Wendy was going to die," she said.

"I'd been round at her house, laughing and joking. We always got on so well. I think she saw a lot of herself in me and we just completely clicked."

"He makes me feel incredible. He tells me I'm beautiful all the time."