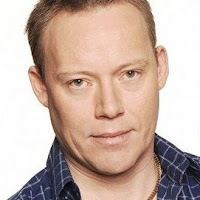 The 41-year-old actor who played the car mechanic Garry Hobbs for nine years before he quit the show earlier this year - says being on the BBC dance show put a smile on his face as it wasn't always fun to portray unlucky-in-love Garry.

He said: "After nine years of playing Garry in 'EastEnders', not the most cheery character, I was beginning to get a bit down in the dumps, but being on 'Strictly Come Dancing' felt like winning the lottery. I do have an extravert side, so I have to admit I loved all the public attention."

The actor also said he enjoyed getting glammed up for the show every Saturday.

He told Celebs on Sunday magazine: "Did I mind the spray tans, sequins, and bum-hugging trousers? Bring it on, I said. The more vibrant, bright and brilliant, the better. The trousers were tight and what you don't see is the shirts are buttoned under the crotch too but those Latin outfits put me in the carnival mood."

Ricky was voted out of 'Strictly Come Dancing' just over a week ago.