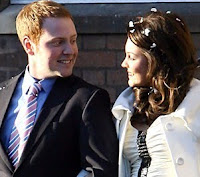 It's the scene that EastEnders fans have been hoping for.

The images in the Daily Mail show Stacey and Bradley all smiles as they come out of a registry office, as Stacey's mum Jean and Bradley's dad Max throw confetti.

According to the newspaper, they are the only two witnesses at the wedding, despite Stacey's affair with Max ending the couple's first marriage.

Viewers saw the pair kiss in Friday's episode and Bradley tell his girlfriend Syd that he was staying in Albert Square rather than go back to Canada with her.

It seems to be a happy ending for the couple, after Stacey's affair, miscarriage, and struggle with bipolar disorder.

However as always with EastEnders it would appear that the romance is short-lived.

Charlie Clements, who plays Bradley, is planning to leave the soap in 2010 and executive producer Diederick Santer has promised a "big exit".

The wedding - in which Stacey appears to be hiding a bump - will be screened in the new year. 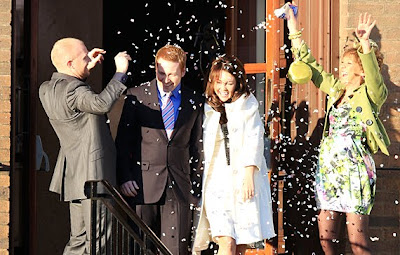 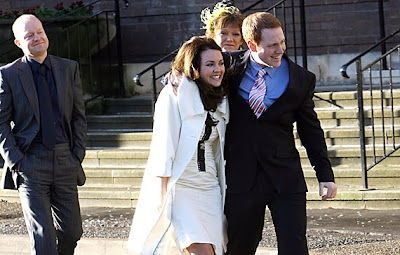