Tony to be sent down? 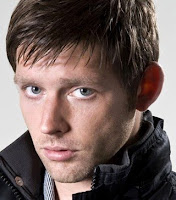 Evil Tony King will be in the dock soon to get his comeuppance finally - we hope - for abusing Whitney.

But while viewers will be keen for the paedophile to get sent down, EastEnders boss Diederick Santer said it's not certain that he'll be found guilty

Asked whether a conviction risks giving false hope to viewers when conviction rates for child abusers are low in real life, executive director Diederick told the Radio Times: "It's by no means cut and dried that Tony will be convicted."

He went on: "We wanted to show that without the victim finding the courage to speak out, there is no chance whatsoever of conviction.

"Ultimately despite the difficulties she experiences, speaking out proves a positive experience for Whitney as she makes the transition from victim to survivor."

Controversy surrounded the original storyline, which saw schoolgirl Whitney Dean reveal she was in a relationship with Tony, drawing complaints that it was an inappropriate plot to show before the watershed.

However, Childline reported a marked increase in calls when the story was broadcast.