The truth will out for Syed 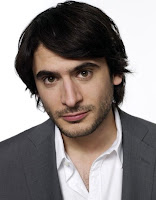 Syed and Christian's secret can go with them to their graves, can't it?

Not so, the eldest Masood son is due to face the music on the biggest day of his life.

Matriarch Zainab finds out about the affair hours before Syed is due to tie the knot with Amira Shah and, unsurprisingly, she's not happy.

Zainab will see Syed and Christian talking, and assume the openly gay man has propositioned her son.

But when she confronts Christian for harassing her golden boy, Christian stuns her with the revelation that Syed is gay!

"So when she catches up with Syed, he's forced to admit everything Christian said is true. She can see it all in Syed's eyes - it's a massive shock for her."

But despite her shock, she tries to convince her son to press on with the marriage regardless.

Will Christian be able to stop the love of his life going ahead with the ceremony?