Attwater: I'd enjoy being a pin-up 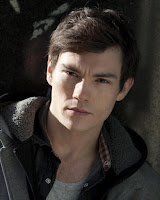 EastEnders newcomer Sam Attwater finds the idea of being a pin-up strange - but says he'll enjoy it when it happens.

The actor plays hunky boxer Leon Small in the BBC1 soap and in its online spin-off EastEnders: E20.

Asked if is he's prepared for pin-up status, Sam said: "No! Everyone keeps saying this and I don't think it will hit me until it happens."

He went on: "I don't know whether I'll be a pin-up. Before the show started, I went to a charity do with Cheryl (Fergison, who plays Heather Trott) and they announced me as the new guy on the Square. Everyone came up to me for autographs and photos, which was really strange.

"I wasn't even on screen. I must have signed 100 autographs. I will enjoy it once it happens but at the moment it's a bit strange."

Modest Sam added that one of the differences between himself and his character is their way with women.