EastEnders are up for three NTA's 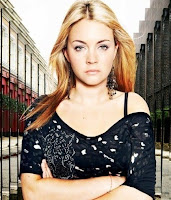 The final shortlist has opened for you to vote in the 15th National Television Awards. The prestigious ceremony will take place on 20th January when your favourites will be revealed!

As well as EastEnders being up for the Most Popular Serial Drama gong, you can also vote for Lacey Turner (Stacey Slater) for most Outstanding Serial Drama Performance and Neil McDermott (Ryan Malloy) for Most Popular Newcomer.

Lacey's won multiple awards for her brilliant portrayal as Stacey, and it comes as no surprise, as over the last year she's excelled as Stacey's encountered loss and illness.

At the beginning of 2009, she dealt with the loss of her brother, Sean, from the Square. She's also seen her best friend, Danielle, die and was later diagnosed with Bipolar Disorder. She finished the year pregnant and reconciled with Bradley. Quite a year! Make your choice for lovely Lacey at http://www.nationaltvawards.com/.

Newcomer, Neil, hit our screens as Whitney's older brother, Ryan, in April 2009. Since joining he's been an instant hit with the ladies in the Square, his conquests so far being Stacey, Ronnie and Janine. We've seen him as the protective older brother to Whit, as well as his scheming ways with Janine. Will he get your vote?

All you need to do to make your vote count is to log on to the NTA website.