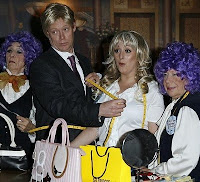 EastEnders stars have turned back the clock to recreate the old-fashioned atmosphere of the 1970s sitcom Are You Being Served? in memory of the late television favourite Wendy Richard.

Wendy found fame as the glamorous Miss Shirley Brahms in the popular show before moving on to become Albert Square's Pauline Fowler.

Natalie captured the style of Miss Brahms with her cascading blonde mane, while Nicholas Smith, who played Mr Rumbold in the hit show, was also among those who helped out to raise cash for charity.

Nicholas took a demotion for today's sale. In the original show he played a floor manager, but today took the guise of one of the serving staff.

They were raising money for the Lady Taverners charity, helping young people in need to take part in sports.

On sale were some of Wendy's designer outfits and accessories, including items by Chanel and Gucci.

Wendy died last February from cancer at the age of 65.
Source - MSN 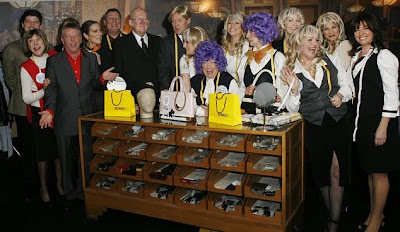 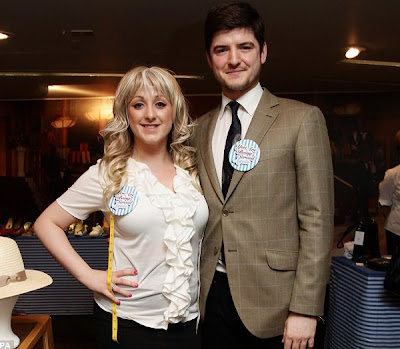 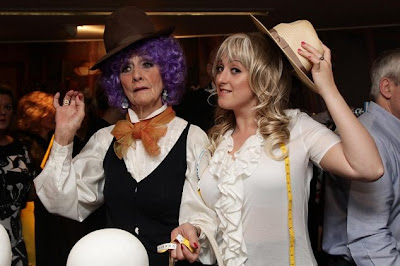 Anonymous said…
Just wanted to compliment you on your blog. Well done. I'm a massive EE fan and I blog about it from time to time. Let me know if you would like to exchange blog links. Keep up the good work.
Tuesday, 19 January, 2010