Joyner: Weight loss will be gradual 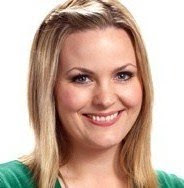 EastEnders star Jo Joyner is in no rush to shed her baby weight after giving birth to twins.

The actress, who plays Tanya Branning the soap, and husband Neil Madden welcomed Freddie and Edie six weeks ago after undergoing IVF.

She told OK! magazine: "I'm so grateful to my body for what it's given me that I'm not going to do anything drastic to it."

She went on: "I was 44 inches around the waist the day before I went in, so I haven't worried about it yet.

"I'll do something but the weight will come off gradually, if I can stop eating chocolate, but at the moment I need some kind of treat."

The 32-year-old said her personal trainer will come up with a plan, but it will be something "gentle", such as Pilates.

Jo also told how she and Neil are operating a "shift" system, so they each grab about four hours' sleep while the other tends to the babies.

She said: "With this shift work you have to say to each other: 'I'll see you in a year.' I go to bed at 9pm and Neil brings them in at 1am and sleeps in the spare room. That way we both get at least four hours. Then we meet for breakfast at 6am in the kitchen and catch up about the previous night."

Doreen Hall said…
Starving is not the answer, sooner or later your body will succumb to hunger and these will result to a whole lot of eating. Eating more natural foods, the ones that are fresh and preservative free at a regular basis actually helps you to lose fat.
Tuesday, 16 February, 2010

Unknown said…
I have tried another way to lose
weight. I tried adipex and it is
really effective. i have lost lots
of weight. I ordered it online from
www.medsheaven.com I highly
recommend this, and this didn't
require a prescription! ST
Tuesday, 16 March, 2010

A. Lanine Pro said…
A few questions came to mind as I digested (no pun intended) all the information: Do lysozyme and other egg white proteins retain their gut permeating properties once denatured through the cooking process? Would it be best to consume the yolk exclusively when eating eggs? Can individuals with autoimmune diseases consume egg yolks?
Monday, 21 June, 2010

Anonymous said…
Medsheaven.com had changed their website to WWW.MEDSHEAVEN.NET you can order all medications you are looking for from their new site medsheaven.net , I highly recommend them.
Saturday, 01 January, 2011