Ronnie lashes out at DCI Marsden 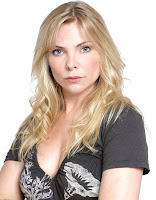 Furious Ronnie puts herself smack-bang in the frame for her dad Archie's murder, as she lashes out at DCI Marsden in EastEnders.

The Albert Square cop grabs Ronnie's shoulder after spotting her raging about one of Archie's posters left up in the Queen Vic.

Enraged, Ronnie elbows the officer hard in the face with such force that it knocks her to the floor.
An out-of-control Ronnie had planned to paint over the poster. She launched at it shouting: "What do I have to do to make you leave me alone!"

Earlier in the day, the whole pub heard as she screamed: "What have I got to do to make him die?"

Will these outbursts lead to Ronnie's arrest for her father's murder?

An EastEnders insider said: "Ronnie is properly losing the plot.

"Her recent shenanigans don't do much to help her case."

See her kick off on February 9. 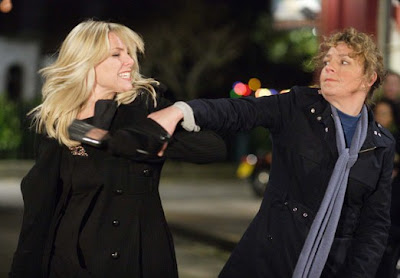