Simons: Roxy's not in the frame 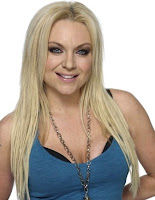 Archie, played by Larry Lamb, was killed by a blow to the head on Christmas Day, and police are currently trying to work out who is responsible.

Rita, who doesn't know the identity of the killer, told the Mirror: "I think Roxy isn't really in the frame - although she has seen Archie's true colours come out, I doubt she'd go as far as to kill him."

The 32-year-old admitted that it was tough to filmed her screen dad's death scenes.

"It seems weird that he's not around. When we were filming his death scenes, it was hard. It's horrible losing someone you are close to."

She said Larry was a "father figure" and good at giving advice, but added: "But because he's young at heart, he wouldn't want to be seen as your dad - he'd want to be your boyfriend."