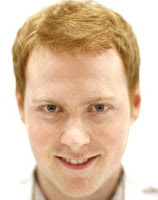 Ex-EastEnder Charlie Clements has reportedly auditioned for the role of a gay man in an "exciting" new play.

The actor, whose Walford character Bradley Branning met his maker in the soap's live episode, is said to be keen to get the part of lead Tom or his lover Billy in 60s-set Canary, which kicks off later this year at the Liverpool Playhouse.

A source told the Sun: "He really wants to break away from the character, it's been a huge and amazing part of his life but he's ready to move on and he wants to show how versatile he is as an actor."

In the play, Tom and Billy get arrested when cops catch them together.

It is thought that he would be required to strip off for the role, and he is said to be unfazed by the racier scenes.

The source continued: "It's a really exciting new play. Everyone from Daniel Radcliffe to Anna Friel has got their kit off on stage. There is nothing to it, he's a very attractive young man!"