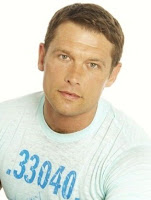 An EastEnders storyline in which gay character Christian Clarke is attacked by a Muslim has already attracted complaints.

The soap is currently running a storyline involving a romance between Christian and Muslim character Syed Masood.

At Christmas, Syed's mother Zainab found out about the pair's relationship and Syed was forced to marry a woman, Amira.

But the storyline will reportedly come to a head at the end of next month, with Amira finding out about her husband's sexual orientation.

Christian is then attacked by a Muslim character. Although it is not yet known who is responsible, Amira and Syed's fathers will both be in the frame for the attack.

According to the Daily Star, an EastEnders source said: “Syed and Amira’s wedding achieved one of the highest ratings of the year, so we’re expecting viewers to again be gripped when this storyline reaches its dramatic climax.

"There will be lots of twists and turns along the way. And sadly for poor Christian, he’ll be the one who ends up taking a battering. There will also be lots of complaints.”

The Muslim Public Affairs Committee has already criticised the gay storyline and said last year that the BBC had missed the chance to present a "normal friendly Muslim character" to the British public.

On the latest plot, spokesman Tahir Shah said: “EastEnders is famous for its gritty and realistic storylines but we cannot condone such violence from a Muslim character.”

An EastEnders spokesman said: “We won’t confirm future storylines as we do not want to spoil anything for our viewers.”