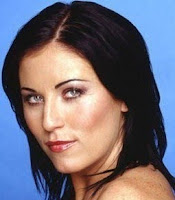 Several senior 'EastEnders' cast members have reportedly signed a petition to stop Jessie Wallace returning to the show.
Producers are said to have been warned by the soap's major stars that reprising the actress' role as Kat Moon will be "disastrous" for morale, because of the disruption she used to cause filming during her previous stint on the BBC One programme.
A source said: "A lot of the senior cast who worked with Jessie the first time are livid.
"She was a complete nuisance when she was on the show. It would be a disaster for her to come back.
"She wasn't afraid to speak her mind and often upset stars during filming. By the time she left, a lot of them were breathing sighs of relief. A lot of the cast saw her as a bully. She was aggressive and difficult to deal with because she was so strong willed.
"The petition was handed in last week. It didn't go down too well, but some of the senior cast felt it was a point that had to be made."
Jessie is due to return to the show in the autumn, along with Shane Richie, who plays her onscreen husband Alfie Moon, and bosses insist there are no problems with her return.
A spokesperson for the show told The Sun newspaper: "We've received no complaints from cast members regarding Jessie's return and are looking forward to having her back."
In her previous five-year stint on the show which ended in 2005 Jessie was suspended for two months in 2003 for heavy drinking.
She later admitted she had been "out of control" during her early days on the soap.
Source - Virgin Media
Email Post
Labels: Kat Slater