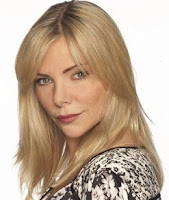 A mystery girl is about to turn up on 'EastEnders' looking for her long-lost parent.
The schoolgirl is due to arrive in Albert Square next week searching for a missing relative, when she is found by Ronnie Mitchell who promises to help her track down her lost loved-one.
A show insider said: "Her arrival is going to be massive. It will send shockwaves around the square."
Although the secret parent hasn't been revealed, it is believed the fair-haired girl is looking for her father, who is expected to be either Phil Mitchell or Billy Mitchell.
However, it has also been hinted Ronnie, Jack Branning or Max Branning could somehow be involved.
The child is first seen in Albert Square after being dropped off outside the tube station with a small rucksack and a crumpled picture of her missing parent.
Although her identity will remain a mystery to most Albert Square residents for a while, the audience won't have long to wait as they will see the photograph of her secret parent early on.
Source - Virgin Media
Email Post
Labels: Ronnie

Anonymous said…
i think that the kid that turned up will be phil.
IT JUST MAKES SENCE
Wednesday, 17 March, 2010