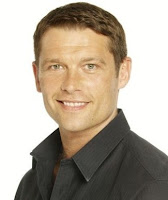 The actor said his character was created in response to the Weatherfield factory machinist, played by Antony Cotton, but he was told to play the role differently.

John told Attitude magazine: "What I didn't want as a stereotype was what I call a tea-time gay, the Sean Tully type of character is the reason my character is here."

He went on: "I've worked in theatre for 20 years and there are lots of queens in the West End that look and act like that. I'm not going to diss his performance or his style, or say 'Who does he think he's representing?' because he is representing one of those shades of gay.

"It may not be your taste, but if that character hadn't happened and been so successful, I don't think the BBC would have gone, 'Right, we need a gay character.'"

However, the 38-year-old admitted that his vest-wearing character might be seen as a gay stereotype too.

The full interview is in Attitude, out on Tuesday.