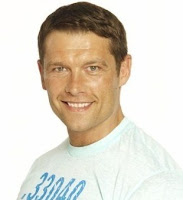 John Partridge feels like the "luckiest" person in the world.
The actor who has a 20-year background in musical theatre believes that working alongside the musical legend Lord Andrew Lloyd Webber on the judging panel of 'Over The Rainbow' is a dream come true.
He said: "I'm 39, but when I sit across the panel there's a part of me that still feels like that 17-year-old boy going 'goodness, I am sat with Andrew Lloyd Webber'. I feel like the luckiest man right now."
The TV star almost gave up on acting before he landed the part of openly-gay Christian Clarke in 'EastEnders'.
This has given the reality show judge a lot of empathy for the contestants on the programme.
He said: "I was considering not doing this anymore, because I was 36, and I'd gone through a spell of having about ten unsuccessful auditions one after the other. That's how it is, it doesn't matter how talented you are or how good, it's about somebody else's perception of you."
Speaking of his childhood dedication to the arts, John said he was like a real life Billy Elliott, although his father was much more accepting than the character in the movie.
He added to The Times newspaper: "I wanted to tap dance so I struck some drawing pins in the bottom of a pair of shoes. I wore the bath out and the lino and everywhere else - and eventually they relented and sent me to dancing school."
Source - Virgin Media
Email Post
Labels: Christian