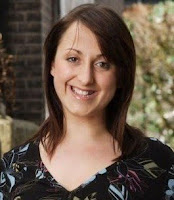 Natalie Cassidy has announced she is pregnant with her first child.

The former EastEnders actress, best known for playing Walford's Sonia Fowler, is expecting a baby with Adam Cottrell, her boyfriend of nine months.

Natalie told OK! magazine: "We haven't really gone public with our relationship, so I guess this will all seem a bit sudden to some people. But it was a whirlwind romance for us too, I guess!"

She added: "We feel like we've known each other for ever."

She explained that she has polycystic ovaries and feared she might never be able to conceive.

"I wanted children so much, it was a worry. I came off my contraception in November but I never thought I'd get pregnant that quickly!"

The former Strictly Come Dancing star, who lost her mother in 2002 to a heart attack and was left devastated when EastEnders co-star Wendy Richard died last year after a battle with cancer, said pregnancy has been a "very emotional" experience.

She said she wanted to have "lots of kids" with Mr Cottrell, and is hoping he will propose to her before the baby is born.

Natalie was criticised for gaining weight following the release of her successful fitness DVD. She said she hopes being a mother will end unkind comments about her appearance.