Patsy: 'The live episode was a buzz!' 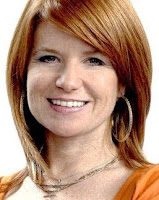 EastEnders star Patsy Palmer says the big-rating live episode was such a buzz that she really wants to do it again.

The episode, in which Stacey Slater confessed to the killing of Archie Mitchell, drew an audience of more than 18 million, but far from being nervous Patsy said it was like a party.

"We were like the lucky ones in the Vic. We were just enjoying ourselves like it was a party... I'd like to do another one if I could. I know I'll get in trouble if I keep saying that!" she told whatsontv.co.uk at the Tesco Magazine Mum of the Year Awards in London on Sunday