Windsor: Exit's not on my mind 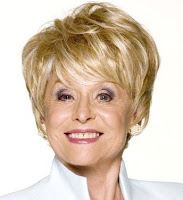 Barbara Windsor has revealed that her forthcoming EastEnders departure is far from her thoughts at the moment.

The actress, who is calling time on her role as Peggy Mitchell after 15 years in the soap, insisted: "I'm not even thinking about it.

"I get my scripts and I do them, and I've got about five, six, months yet, so it's quite a time really."

Last year, the 72-year-old announced she would be leaving Walford in 2010 to spend more time with her husband Scott Mitchell.

But reports have since claimed that soap bosses are lining her up for a comeback.

However, Barbara played down the suggestions, saying: "Oh, I don't know about that. I mean these stories come out. No, I shall be leaving in July, but I don't know."