EastEnders favourites to be axed 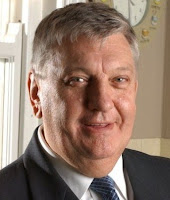 Some of EastEnders best-loved characters are being axed as part of a revamp of the long-running soap opera, the BBC said.

"It's sad to see characters leave the Square but obviously when a new executive producer like Bryan Kirkwood comes on board they're always keen to refresh the show and make some changes," a BBC spokeswoman said.

"It's the way soaps work, characters run their course and new characters come along."

Charlie, played by Derek Martin, has been a Square resident for almost 10 years and has helped his colourful family though crisis after crisis.

Likeable Minty, played by Cliff Parisi, arrived in Walford eight years ago and Libby joined the fictional community four years ago when she moved with her family.

A statement on the EastEnders website today said: "It's been announced that we'll soon be waving goodbye to a few more Walford residents.

"Cliff Parisi, who plays Minty Peterson, Derek Martin, who plays Charlie Slater, Kate Williams, who plays Liz Turner, Liam Bergin, who plays Danny Mitchell, Belinda Owusu, who plays Libby Fox, and David Proud, who plays Adam Best, will all be moving out of the Square later in the year.

"Details of exactly how the six characters will depart EastEnders are under wraps, but we're sure they'll all have exciting exits and hopefully a few happy endings."