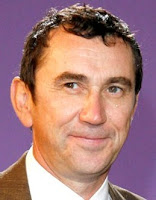 Ex-EastEnder Phil Daniels has claimed the soap's bosses "haven't a clue what viewers" want in the wake of the decision to axe six stars.

Last week it emerged that taxi driver Charlie Slater, Ricky "Minty" Peterson and student Libby Fox and three others were to get the chop under new producer Bryan Kirkwood.

Phil, who played Libby's stepfather Kevin Wicks on the soap, told the Sun it would be "sad" to see the back of these characters.

"They are good characters. I don't see why they have to go. That's that programme for you. Hasn't got a clue, has it? Viewers don't want it to be Hollyoaks.

"It's a chance for me to come back from the dead if they want glamour.

"There aren't enough laughs in EastEnders for me and there weren't when I was doing it either!"