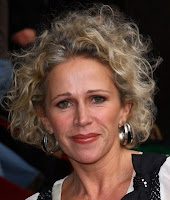 Returning EastEnder Lucy Benjamin has admitted she no longer watches the show.

Lucy will briefly reprise her role as Albert Square's Lisa Fowler this summer for a showdown with Phil Mitchell, father of her daughter Louise.

But the actress told the Mirror: "I've not seen the show for such a long time. I tried to tune in to see what Louise looks like now, but I don't know who is who and what is what."

She featured in one of the soap's most high-profile storylines, when she was unveiled as the would-be assassin of her ex, Phil.

Although she is looking forward to her return, she admitted she doesn't miss the gruelling work schedule.