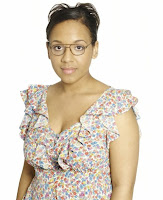 Belinda Owusu has confirmed she has filmed her "emotional" final scenes at EastEnders.

In April it emerged that the actress, who has played Oxford University student Libby Fox, was one of several cast members being written out of the show.

Asked if she had finished filming, she told This Morning: "Yes. All that's done."

Although she remained tight-tipped about the circumstances of Libby's exit, she revealed that it was an emotional experience.

"It was weird. I always say it was a bit like leaving school but at a heightened level. It was odd and I was like 'I can't control myself'. Luckily for this scene it was okay to be a bit emotional. I couldn't actually look Diane [Parish, who plays Libby's mum Denise] in the face."

Belinda has been part of a gripping storyline which has seen Libby's murderous stepdad Lucas Johnson hide Denise in a cellar.

Lucas is perpetuating the belief that Denise is dead, having killed herself and her ex Owen.