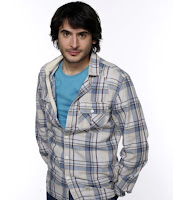 EastEnders bosses have defended a scene in which a Muslim character slammed down a copy of the Koran after complaints from viewers.

The BBC has heard from a number of viewers who were upset by the incident, which was screened earlier this week.

Fans have watched gay Syed Masood, played by Marc Elliott, struggle with his love for Christian Clarke (John Partridge) in the face of disapproval from his devout family.

Syed was seen to drop the religious text in frustration.

The BBC responded, saying it had not intended to cause offence, merely to demonstrate Syed's "utter confusion".

In a statement, it said: "As regular viewers will know, Syed has been struggling to come to terms with his sexuality for some time now. Desperate not to lose his family, Syed is trying to suppress his homosexuality and has vowed to read and learn from the Koran in an attempt to re-connect with his Muslim faith, hoping that this will help him in his quest.

"Feeling unable to reconcile his feelings for another man with his religious beliefs, Syed slams down the Koran in frustration.

"It was not intended to be a disrespectful act, rather a totally spontaneous one, symbolic of Syed's utter confusion and frustration at what feels like an impossible situation.

"It wasn't our intention to cause any offence."

The BBC would not say how many complaints had been received.

Carla said…
Oh come on!! I know some EE issues spark complaints but it's getting really silly now! I mean, how many of us have not slammed or thrown something out frustration? It doesn't mean we're angry with that particular thing, it's just a theraputic action!!!!!!!!!
Thursday, 22 July, 2010

kendeci said…
@carla, I couldn't agree more. People will use the silliest reason to complain these days.
Eastenders have handled a very difficult subject extremely well and were just trying to portray how frustrated and confused Syed is.
Thursday, 22 July, 2010

Anonymous said…
yeah your right i guess its only wrong when its there book hey!
Thursday, 22 July, 2010