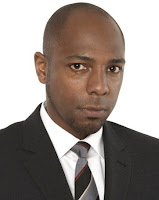 An EastEnders storyline portraying preacher Lucas Johnson as a twisted killer has sparked complaints that it is offensive to the Christian faith.

More than a hundred complaints have been received about the plotline, which has seen the Bible-spouting man of the cloth fail to help dying ex-wife Trina, strangle love rival Owen and attack new wife Denise.

But a spokeswoman for the soap said: "Although Lucas has always claimed to be a man of strict Christian beliefs, regular viewers will be aware that he doesn't practise what he preaches. This week's challenging episodes are the climax to this storyline and there is no suggestion that Lucas' behaviour is connected to, or representative of, those of the Christian faith."

Last month, the storyline was to see Lucas strangle a prostitute. But soap bosses rewrote the scenes after the real-life murders of sex workers in Bradford.

On its website, a statement from the BBC said: "Lucas is certainly not intended to be representative of Christians. He is a very damaged and dangerous individual who has created a twisted version of the Christian 'faith' in his mind to hide behind and to convince himself that his actions are acceptable. As the story unfolds, we will see other characters questioning Lucas' claim to be a Christian."