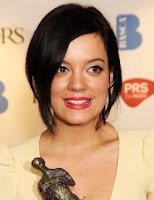 Lily Allen has gushed about her love for EastEnders on Twitter.

The pop star was delighted by no less than two aspects of recent plotlines, expressing her approval for Stacey Branning's choice of baby name and for the unearthing of a deadly secret.

She tweeted: "Thrilled about 2 things, 1 stacy is naming her baby Lily. 2 Owens body has finally been found, hopefully spelling the end of Lucas. (sic)"

Lily is known to be a fan of Australian soap Neighbours, and even made a cameo as herself on the programme, when she was seen flirting with Dr Karl Kennedy.