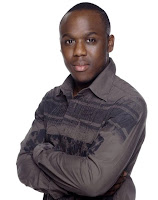 Mohammed George has accepted undisclosed libel damages over a claim that he had to be ejected from the EastEnders 25th anniversary party.

George, who played Gus Smith in the soap between May 2002 and April 2008, brought High Court proceedings against Express Newspapers over an article in the Daily Star Sunday in February.

His counsel, Lucy Moorman, told Mr Justice Tugendhat in London that it claimed George arrived drunk and intent on causing trouble and was physically aggressive and threatening to BBC production staff, with the result that he had to be "turfed out" by security guards.

She said the newspaper now accepted that the allegations were "entirely untrue" and should not have been published.

"In particular, the defendant accepts that Mr George had not been drinking alcohol when he arrived at the party so he was not drunk, that he was not aggressive or threatening to anyone and that, although he left the party early, he did not have to be forcibly ejected."

Kate Wilson, counsel for Express Newspapers, which has agreed to pay George damages and his legal costs, apologised for the distress and embarrassment caused.

George was not in court for the brief hearing.