Parish: Lying has been horrible 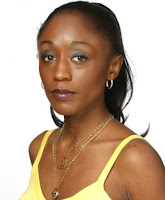 EastEnders star Diane Parish has admitted it was "horrible" having to lie to friends and family about her storyline twist.

Viewers have discovered that her character Denise Johnson is not dead, as they had been led to believe, but is being kept locked in a basement by her deranged husband Lucas.

The actress told TV Times: "I said 'Yeah, yeah, I've gone' because I had to. It was contractual. I've had to lie to friends and family and it's been really horrible."

She went on: "But it's been worse for my mum - she doesn't like to tell porkies. In fact, I'm drafting an email to everyone she knows, saying, 'My mother is not a liar!'"

Diane has had to live like a hermit for the past few weeks to avoid awkward questions.

"I couldn't avoid the school gates, but I kept my head down and stopped going out. It was easier than dodging questions."