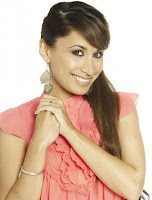 Preeya Kalidas has revealed she is aiming to change the perception of Asian women through her music.

Preeya told Look magazine: "I want to change perceptions of Asian women - my generation is cool, sexy, into music - my album reflects that."

The sexy star describes her style of music as "triple S pop".

She added: "Because it's sexy, sassy and soulful."

Meanwhile, the actress told the Mirror how much she enjoyed working at EastEnders as she found 72-year-old co-star Barbara Windsor an inspiration.

Preeya revealed: "I loved it, I was so happy to be a part of it. I was so in awe of meeting people like June Brown and Barbara Windsor, particularly Barbara because she's petite like me, but she still works it.

"We actually filmed Amira's last scenes on my last day, so there was a genuine sadness about leaving in my acting. Then when I watched it through, it was exciting all over again, because I'd only read my parts in the script. I didn't know what had happened between Christian and Syed. I was on the edge of my seat going, 'Oh my gosh, he didn't!'"