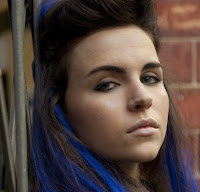 The characters in the new series of EastEnders: E20 will be more "real" than they were in the first instalment, writer Emer Kenny has promised.

The online spin-off is returning for a second season after a successful first run.

Emer, who plays Zsa Zsa Carter in EastEnders and helped write E20, revealed: "With the first, the characters were suggested to us by EastEnders and this time we had a blank slate so we all brainstormed and came up with things. What we wanted was characters who felt really genuine and real."

She went on: "In the last series, the character of Fat Boy was really successful and some people liked Zsa Zsa, but we found that perhaps they were quite extreme and not everyone knew people like that.

"We wanted to bring the new characters back to reality and make them more genuine. These are characters you would see on the streets of east London and that you would know."

The show features four fresh faces in the roles of brothers Sol and Asher, and their pals Stevie and Naz.

E20 will air on Tuesdays and Thursdays at http://www.bbc.co.uk/eastenders/e20/ and the omnibus will be screened on BBC3 from Monday September 13.