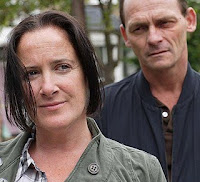 Billy Mitchell is to start searching for his secret son.

The hapless 'EastEnders' character played by Perry Fenwick is set to embark on a search to find the son he never knew he had, following a teenage romance when he was in a care home as a youngster.

Perry said: "He desperately wants to know who this son of his is so he phones the adoption agency and says he's looking for his child who was adopted 30 years ago. It could open a real can of worms."

The Walford wally is soon to learn about his past when his first girlfriend Julie Perkins comes searching for him and confesses she had his child in secret.

Perry explained to Soaplife magazine: "They were both 15 when Julie got pregnant but Billy, like everyone else in the children's home, thought it was this carer who knocked him and the other kids about.

"Initially he's angry with her. But when she explains it wasn't her fault and they took the baby away from her, he shifts his anger to the authorities."