EastEnders Ben back in new body 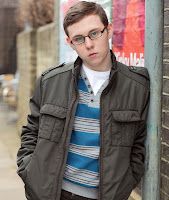 EastEnders Ben Mitchell has had a makeover - as a new actor has taken on the role.

Joshua Pascoe replaces Charlie Jones as the son of Phil Mitchell, who returns to Albert Square later this year.

His return is set to stir up old animosity between the Beale and Mitchell clan as he tries to adjust to life on the outside, soap sources say.

Joshua said: "I was so excited when I got the call to say I'd got the part of Ben Mitchell. I never thought I'd get onto a show as big as EastEnders. I've always watched the programme and it will be great to work with fantastic actors such as Steve McFadden and Linda Henry. I'm really looking forward to this fantastic opportunity and making the role of Ben my own."

In June, it emerged that EastEnders bosses were to recast the roles of Walford youngsters Ben and Lucy Beale, who was previously played by Melissa Suffield.

An EastEnders insider said at the time: "They were both suited to playing younger versions of their characters but sometimes a higher level of experience is needed as their characters mature."

Simone Subversive said…
New Ben has to be tough enough to kick Jay Mitchell's butt, I hope he lives up to his promise
Wednesday, 15 December, 2010