EastEnders to air in HD at Christmas 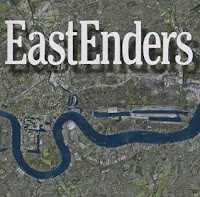 EastEnders will be broadcast in HD for the first time on Christmas Day, soap bosses have announced.

All the sets at the Walford soap's Elstree studios have been spruced up to get them ready for the move, and a shiny new Queen Vic will be unveiled following its destruction in a massive fire.

Executive producer Bryan Kirkwood said: "Christmas Day in Walford is traditionally turkey, tinsel and turmoil for the residents of Albert Square. This year will be even more spectacular with viewers having the opportunity to watch the festive drama unfold in HD for the first time."

Earlier this month Bryan revealed that the soap's festive plot would centre around Stacey Branning, who is leaving Albert Square.

Anonymous said…
please don't let stacey leave she is my favorite character.And i really do not want her to leave.
Wednesday, 27 October, 2010

Anonymous said…
No i don't want Stacey to leave she was such a good actress and what about baby lilly, you can't just leave her behind and you were going to help Kat and Alfie out in the Vic. Please stay Lacey i don't want you to leave because you were the funny one and the one who made me laugh and when you met that Becca i knew it was going to go crazy with her about, and it did so can you please, please stay.
Wednesday, 27 October, 2010