Many Moons to land in Albert Square 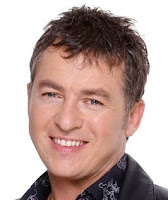 Shane Richie has revealed the Moon family is set to expand in Albert Square.

The 46-year-old actor has returned to EastEnders as Alfie Moon with Jessie Wallace as wife Kat after five years away, and revealed to Inside Soap magazine that Steve John Shephard is set to join them soon as cousin Michael Moon and that is just the start.

Shane said: "The aim is to extend the Moon family and make them a more prominent presence in Walford.

"I think more Moons will arrive soon. It will be great to see them settled after Alfie has spent time on the run."

Alfie who arrived in Albert Square in 2002 with Nana Moon and younger brother Spencer, played by Christopher Parker - left Walford with Kat in Christmas 2005 after the death of Nana Moon.

Wheeler-dealer Alfie is back in Albert Sqaure, and back with Kat after they struggled to have a baby, but she is pregnant with his cousin Michael's child.

Alfie is happy to bring up the baby as his own, and while he has forgiven Kat Shane is not sure if he will forgive his cousin when he returns from Spain.