Miller: McFadden is my inspiration 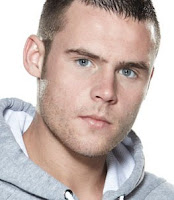 The young actor, who plays gay teenager Aaron Livesy in the rural show, said he has a "lot of respect" for Steve, who plays EastEnders stalwart Phil Mitchell.

Danny told Inside Soap: "Phil Mitchell's drug storyline in EastEnders has been amazing. He's been so great at playing the hard man over the years, but watching him recently has been incredible.

"It's difficult because obviously we've been telling our own drug story on Emmerdale, and it's not that I don't respect ours, because it's fantastic too. But I really take inspiration from Steve.

"He takes hold of a story and makes it his own. I grew up watching Phil and his brother, Grant, and I learnt a lot from them."

Danny, whose character is currently dealing with the aftermath of a devastating crash involving love interest Jackson, has scooped a number of TV awards this year.