EastEnders star: Janine is no killer 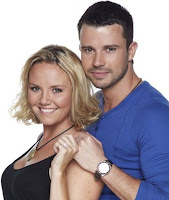 Fans saw Janine's husband Barry Evans plummet to his death in 2004 after she pushed him, and now she is poisoning husband Ryan Malloy after rumbling his affair with Stacey Branning.

But the actress stressed that her character in fact can't live without Ryan, played by Neil McDermott.

"I don't think she's a killer. I think she wants to hurt him because she's hurt. And her thought process is that if she can't have him no one can.

"So she is just looking to knock him off his feet for a few days, make him see sense, get rid of Stacey and realise he loves her. It's a bit of a Misery scenario."

She added: "The thought [of killing him] has obviously crossed her mind but when it comes down to it she can't live without him. Through poisoning she doesn't care about the fact she could get arrested and go to jail. As far as she is concerned her life is over if she doesn't have him."

Charlie is enjoying the plot, particularly as it gives audiences a chance to see a different side to devious Janine.

"They'll see vulnerability in her character. Even Janine herself thinks 'Why can't I be normal?' She's incapable of that. She doesn't know how to deal with love.

"And I think it's always nice when the audience see her vulnerability and are reminded of why she behaves that way and what makes her tick. I think we'll probably see a little bit more of that."