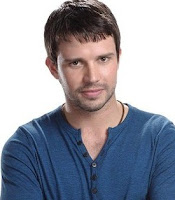 EastEnders star Neil McDermott admitted he got "freaked out" when he filmed the scenes of his screen daughter's birth because he had just discovered his real-life wife was pregnant.

The actor, who plays Ryan Malloy in the soap, is awaiting the birth of his baby daughter with wife Michelle.

In the soap he is the father of Stacey Branning's baby Lily.

But he is enjoying the practice at fatherhood he is getting with the two babies who play Lily.

He added: "Hopefully I won't have to save my daughter from a fire... but it's been great having two little Lilies around."

And he can't wait for the baby, due on New Year's Day, to arrive.

"I'm really, really looking forward to it now," he said.