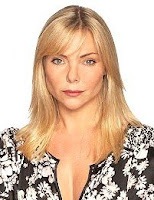 Angry mothers who have lost children to Sudden Infant Death Syndrome (SIDS) have branded the plot "hurtful" and "ridiculous".

"People who watch it could look at mothers who have lost a child and think that they would snatch their baby. It's distressing."

Show bosses have edited some of the more graphic scenes from the episodes following a preview screening.

An EastEnders insider told the newspaper: "Bosses are keen to assure viewers that they're not portraying Ronnie's behaviour as typical of bereaved mothers.

"Regular viewers know she's lost two children before this tragedy with James. She acts in a state of grief and shock."

Anonymous said…
I agree, the plot sounds ridiculous; made to measure by writers wanting a 'shock' storyline.
What the writers seem to have over looked is that Cot Death is tragically not uncommon and to use it as a vehicle for "Ronnie's" typically twisted behaviour, and to prolong a story shows very poor judgement.
This behaviour, following the Cot Death, is not typical of a bereaved mother, but it IS typical of Ronnie, unfortunately.
Friday, 31 December, 2010

Anonymous said…
this story line is sick,evil,disturbing,unfair,so so so sad,and down right horror writing. i will never watch east enders again.
Saturday, 01 January, 2011

carmel said…
Firstly, my deepest sympathies to all bereaved families. as a mother of a two year old boy who died at christmas time '07, i know of the horrors of burying a child and the reality that some children die at christmas , making this time of year particularly excruciating.ronnie's baby's death is realistic, but the subsequent scenes are not. yes, she is a disturbed, hurt and desperate character and has already lost 2 children and everyone does grieve differently, but most mothers DO NOT steal other people's children. instead they would want to care for the dead child with a dignified burial and family support. i am glad that ee are covering child bereavement, but they've got it wrong in a serious way. i still can't bear to hold a child. you cannot replace 1 child with another. p.s. we should all be respected however we grieve. God bless xxx
Saturday, 01 January, 2011

emma said…
my name is emma and i would like to be on eastenders my email adress is emmaroache@hotmail.co.uk i am 10 years old and u can send me a messadge on my msn account because i realy wanna be on eastemders thank's
Saturday, 01 January, 2011

Anonymous said…
this storyline is rubbish......why do people feel this is entertainment - who goes around swapping babies - please someone needs to get a new writer!
Saturday, 01 January, 2011

Anonymous said…
i think that the cot death and swap is sick and that is so so so unfair i truely disagree with it i think it is wrong to put it in a public tv soap
Saturday, 01 January, 2011

Anonymous said…
i think the cot death swap is disturbinhg and sick i think it is wrong to show it on a t soap especally when young kids watch it
Saturday, 01 January, 2011

poglepig said…
why cant the writers give ronnie a flippin break they can cover this subject without this much pain and suffering. this subject is sensative at the best of times lets go contravershall and have a full year of happiness on eastenders where the most tragic thing that happens is a red reminder bill hits the mat at number 23.
Sunday, 02 January, 2011

Anonymous said…
I think it is upsetting because she is losing all her babys why cant they just change it for once and i think she stole cats baby because she was jeluose that kats was still alive and also i think thatit is always boring when she has a baby cause u know its always gonna die
will she be found out?
by shauna
Sunday, 02 January, 2011

Anonymous said…
And i also think it is sick doing that especcily for children i was 4 when i started to watch it iff i was watching that i wouldent like it why cant they just give ronnie a break why dont they just make ronnie jack and a baby a happy family for once and they need a new writer the writer has a sick mind when i am older i really want to be on eastenders and meet all the stars
by shauna
Sunday, 02 January, 2011

schipperke said…
I for one can not watch Eastenders until this storyline is well over. My husband who watches more avidly than I do feels exactly the same.
We have never had the awful heartbreak of losing a child, but as an ex nurse I can understand the absolute agonies that parents feel when this tradegy strikes.
Eastenders is known for it's constantly miserable storylines, but this has gone much too far. Christmas and New Year are always dreary in Walford, but this storyline is below the belt.
Sunday, 02 January, 2011

Anonymous said…
Watched the episode, winced and wept when Kat suffered haemorrhage, as it happened to me too.

The 'baby swap' was done better than I expected, considering the typically awful "Christmas Cheer" topic.

However I wish someone would get Ronnie the help she so desperately needs!

She never smiles, never saw a character so consistently stone- faced with features devoid of happiness.

When Roxy took Ronnie's photo with James, she smiled big, then before the shutter closed, she wiped the toothy smile from her lips...
get help Ron!
Monday, 03 January, 2011

Unknown said…
I have watched Eastenders since it's inception but I feel the latest storyline involving the dead baby swap is just too much. I can't bear to watch it until this storyline is concluded. One step too far in my opinion.
Angela
Monday, 03 January, 2011

soggy said…
Its going to loose viewers this one! I have nearly stopped because of the poor story lines, now they have gone too far! the truth is this would have been swarming with police and the cctv would have been looked at. Ronnie would have been spotted and everyone at the pub asked questions!! I wish the writers would treat us as if we are in the real world, and not enders land!!! I will not watch until i hear they right this wrong!!!!!
Monday, 03 January, 2011

Anonymous said…
very very sick eastenders do you have to stoop so low
Monday, 03 January, 2011

Anonymous said…
Please can you end this storyline. It is sick, twist and cruel. What if this storyline gives sick weridos ideas. How would you all feel if this did happen to some1 out there. All because they seen it on Eastenders.
Monday, 03 January, 2011

Anonymous said…
I'm sorry, but how can the writer's think ( and therefore 'everyone else'is supposed to think) that Kat Moon would NOT know her newborn baby's face and body from another woman's?
A newborn may look to a stranger like any other newborn, but not to it's mother!
I can see this might be the exit story line of a guilt and grief-stricken Charlie though...absurd as it is.
Monday, 03 January, 2011

Anonymous said…
Kath would know her own baby,years ago and a day after my baby was born I was brought the wrong baby in hospital to feed,I knew it wasnot my baby and after another mother complaining too and a lot of discussion,(the babys tag had come off)and after weighing the baby again the hospital agreed and I was given the right baby,you do know your own if you have seen it when it was born.
Tuesday, 04 January, 2011

Anonymous said…
Oh my god, get real! It is a programme, not real life you cannot compare your own experiences because it isn't real life. It wouldn't make a programme if Kat found out straight away! You all need to grow up and learn to differentiate between real life and a tv show! Pathetic!
Tuesday, 04 January, 2011

Anonymous said…
I hate Ronnie at the moment. No mother would swap their own child. It is so sick and I hope she soon comes to her senses. I am so angry at the moment and this is all I talk about. Also, Ronnie's already lost one child, why did their have to be a child death at all! I hate Eastender's writers!!!!!
Tuesday, 04 January, 2011

Anonymous said…
I used to think this was the best soap on the television but its getting from bad to worse. Now this baby swap rubbish is definately gonna cause me to stop watching eastenders. Either you bring ronnie to justice or you will loose viewers. You keep coming up with these poor story lines then you drag them out. Dragging this one out will loose you many viewers. So many people I know have stopped watching Eastenders because of these stupid dragged out storylines.
Wednesday, 05 January, 2011

Anonymous said…
Can someone PLEASE tell me how Kat and Alfie think that Jack is their baby???? Do they not know what their baby looks like?
Thursday, 06 January, 2011

Anonymous said…
The story line is sick. Yeah it's meant to be a dramatic soap but this has just gone too far. Loads of people have complained about this story line and most people have been affected by it. Even the actors! So why don't you give the baby back to kat and finish it at that?
Thursday, 06 January, 2011

Anonymous said…
A laughable attempt at scripting a topic that is far too below the belt for soaps, especially Eastenders!

Whilst I think some of the comments here are a bit weird attaching personal experiences to this, I do think that's what the [poor] writers were aiming to acheive with this dire, dragged out mess of a completely unreal script, this would NEVER happen, a Mother dumping the body of her newborn baby? Come on!

The writers need to take a long hard look in the mirror, as this script is exposing that they are simply not up-to the task!