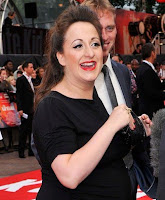 Natalie Cassidy is to make a one-off return to EastEnders in the new year.

The actress, best known for playing Sonia Fowler, appears in Albert Square in one episode as part of a storyline involving screen sister Bianca Butcher.

According to the Sun, she shows up after a big row between Carol, Whitney and Connor, which leads to truths emerging about Connor's relationships with Bianca's mother and stepdaughter.

Bianca disappears from the Square in mysterious circumstances, but Sonia's return helps provide answers about where she is.

A Walford insider told the newspaper: "True to form, Bianca has got herself into big trouble while trying to protect her family and, scared about what might happen, she does a runner.

"When she suddenly goes missing, Sonia turns up unannounced and drops the bombshell that she knows where Bianca is and what she is going to do next."

When she comes back, viewers will also find out what she and husband Martin have been doing outside Walford.

In real life, actress Natalie has recently given birth to daughter Eliza.

Actress Patsy has finished filming at the show for the time being because she is now on maternity leave, having recently welcome son Bertie.