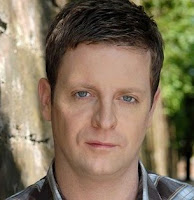 EastEnders bosses cast the little sister of Walford star Lacey Turner "by complete accident" unaware they were even related.

It was only after he made the decision that he learned she was the sister of 22-year-old Lacey, who bows out of her role as Stacey Branning at Christmas.

Kirkwood said: "The truth of it is I didn't know she was Lacey's sister until after I said she was the girl I wanted to cast. Whether by accident or design I sat down and watched a tape of a very talented young girl and it was only after we decided that I was told it was Lacey's sister. So it was complete accident."

Lily begins filming in January and hits screens in March as Shenice, the daughter of Kat Moon's new friend Martine.

Kirkwood made his comments at a screening of the soap's heart-rending New Year's Eve and New Year's Day episodes, in which Ronnie Mitchell loses her one-day-old son James to cot death.

While new mother Kat is getting emergency treatment in hospital and the rest of Albert Square is ringing in the new year, shocked Ronnie runs into the Queen Vic and switches her baby for Kat's newborn, Tommy.

Kirkwood described the devastated mum's actions as "one of the most powerful moments in EastEnders history", and heralded the plot as one of the show's "biggest and bravest" to date.

The soap worked with the Foundation for the Study of Infant Deaths (FSID), to ensure the sensitive subject was portrayed correctly.

Ronnie's secret will remain hidden from everyone but the audience for "a long time", a show source added.

Anonymous said…
Well EE has accomplished one thing, as far as I'm concerned.
I'm curious to see how they're going to present this storyline in a convincing way!
As a mom, I too haemmorhaged, as does Kat, but still I had time to imprint the newborn faces of all my kids after their birth and there is NO WAY I could mistake another woman's child for my own!
Friday, 31 December, 2010

Anonymous said…
i think it is atroshious that they are going to carry on the story line for ages it is appaling wat they are doing they must be sick and twisted they must have mentel probs or something if you think this story line is good your mad
Thursday, 13 January, 2011

Carol said…
She must have been destined to be casted for the role.
Wednesday, 27 April, 2011