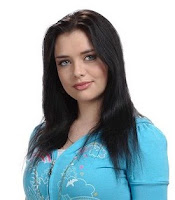 EastEnders bosses have confirmed the soap is to highlight the issue of sexual exploitation in a storyline involving Whitney Dean.

Show bosses said the teenager's life will go on a downward spiral after her stepmother Bianca Butcher leaves, leading her to fall for an "unscrupulous man who ultimately sexually exploits her for his own financial gain".

The soap which has hit headlines over its controversial baby swap plot has devised the plot alongside Comic Relief.

An EastEnders spokeswoman said: "EastEnders has been working alongside Comic Relief since last year, devising a storyline that raises awareness of sex exploitation.

"In the long tradition the show has of tackling social issues, this is a storyline that looks to be exploring a growing problem that faces many young women in the UK."

Gilly Green, head of UK grants at Comic Relief, said: "It is vital that we continue to alert young people to the dangers if we are to stop them being exploited and the opportunity to work with EastEnders will make a huge audience aware of this issue.

"We have been working with the EastEnders script writers and some of the young women from projects we support to ensure the story reflects the reality of young people caught up in sexual exploitation."

The charity's chief executive, Kevin Cahill, said the plot would "highlight an important issues" and "help raise crucial funds to help young women caught up in it".

A special 10-minute episode will be shown during Comic Relief's night of TV on March 18.