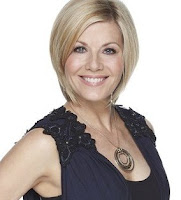 Glynis Barber has revealed that she will be leaving Eastenders.

The actress, who plays Glenda Mitchell, announced via her official website that as of next month (March) she will no longer be part of the BBC soap.

Famous for her role as mother to Ronnie and Roxy Mitchell, Glynis first appeared in the soap in January 2010 and managed to build up fans and foes alike as feisty Glenda.

She said: "2010 was a busy and exciting year for me playing Glenda Mitchell in Eastenders. After Glenda manages to alienate practically everyone on Albert Square, she makes her exit in March 2011."

However, she also stated, rather ambiguously, that this may not be the end for her character saying: "She ain't dead so anything is possible... watch this space".

Popular storylines have included Glenda's betrayal of her daughter Ronnie as it was revealed that she had been hiding her knowledge of Ronnie's abuse at the hands of her father, and the highly criticised baby swapping story.